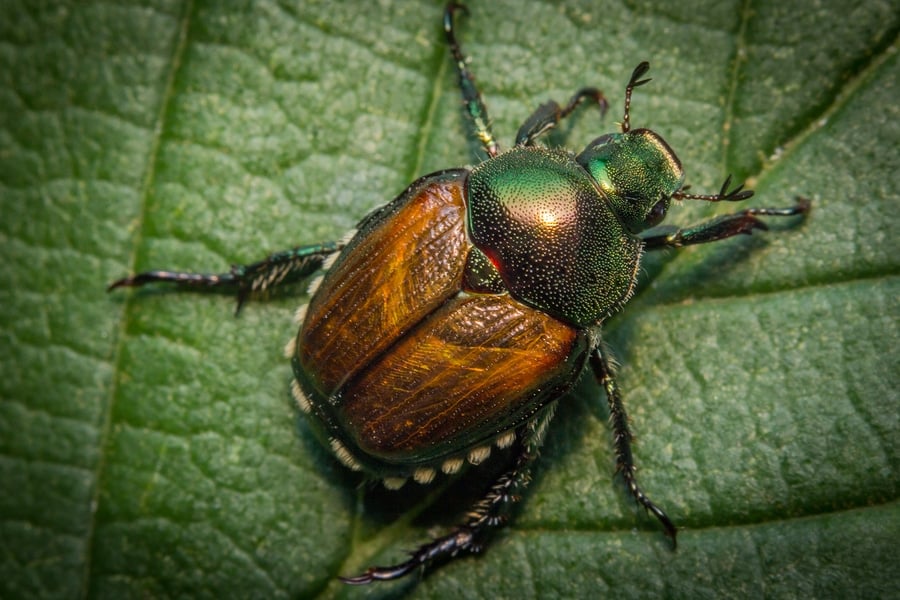 Does the sound of J﻿﻿apanes﻿﻿e Beetle sound like a foreign concept? Well, as they are so common, you may be surprised to learn that they are not native to the United States. Japanese Beetles first appeared in New Jersey and, as these pests do not have natural predators, they were able to thrive. What’s more, they are now regarded as a serious agricultural threat according to the United States Department of Agriculture. 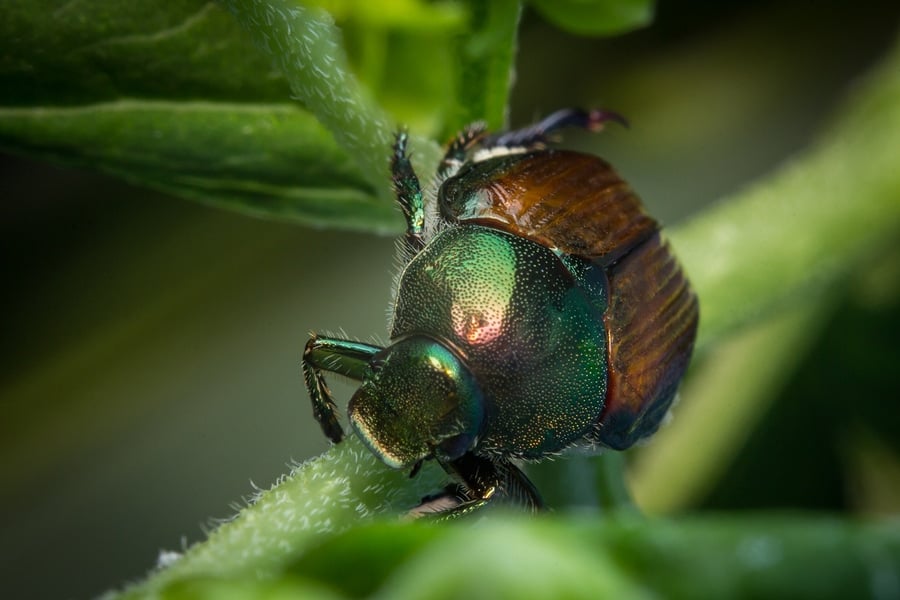 Japanese beetles are green in color and about half an inch long. With three pairs of legs and bronze wings, these pests have larvae that resemble white C-shaped grubs. These grubs are identified when homeowners dig into the lawn. The female digs three inches below the surface, lays her eggs and later dies; these eggs then hatch in spring. When ready, they change into those easily recognized beetles in late spring. Their activity increases in July and peaks around late June in most states.

The life stages for the Japanese Beetle

Egg – This is where the egg is laid in the soil. With enough moisture, they easily absorb and enlarge becoming round in shape.

Larvae – At this stage, you’ll see grubs which are v-shaped. Grubs later grow in length when they feed on grass and other plants.

Pupae – At this stage, the grub transforms into a beetle. You’ll notice cream-colored pupae that turn reddish brown as it ages.

Adult Beetle – This one is about 3/8-inch long and features metallic green, shiny wing covers. Depending on your area, you’ll notice the adults emerge from the ground starting from May to June. They have a life cycle of about 50 days. There is no evidence to prove that Japanese Beetles are dangerous. Although they may use their mandibles to try and hurt you, they are too weak to break human skin. Also, they have rough spines that may feel prickly against your skin. It’s important to note that beetles cannot do any damage to your house, either, but have a huge impact on a number of outdoor plants.

Why are Japanese Beetles So Hard to Control?

One of the reasons why Japanese beetle control is hard is the lack of an easy and quick option to apply. The physical structure of these pests makes it hard to control as the shell is thick and protects them from insecticides and other methods of eliminating them.

What Plants Do They Prefer?

Japanese beetles feast on non-woody plants, a variety of trees, and shrubs. Their favorites include crab apples, grapes, elms, and roses. Nonetheless, they also feed on bracken and poison ivy. These beetles are also known to be attracted to yellow roses. 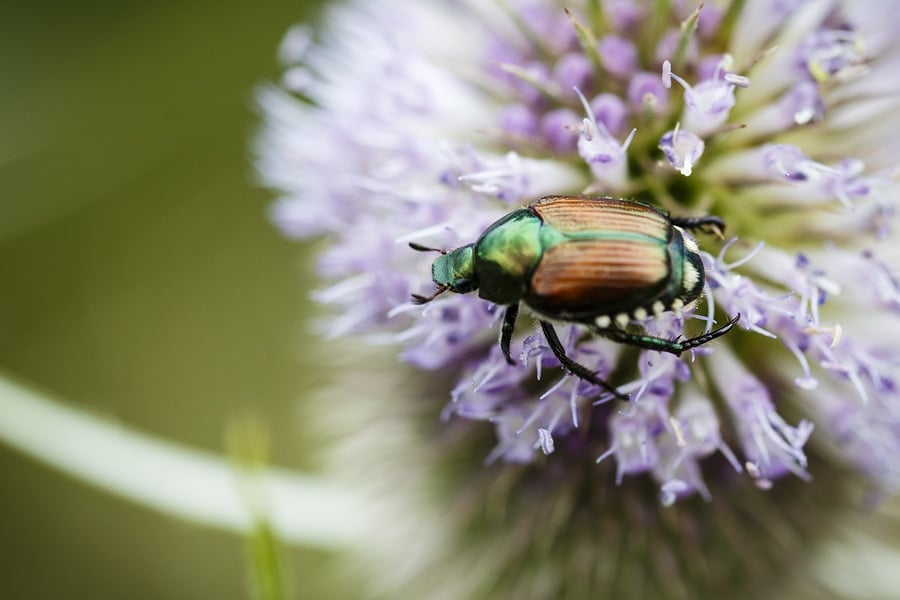 Conventional Japanese beetle traps include a basket or a bag with a scent that appeals to the beetles. The scent mimics the scent of a female beetle. Alternatively, it could be a sweet smell that fools both sexes which believe that attractive plants are nearby.

After the beetles enter the trap, they drop onto a ledge and later find themselves in a container or bag. These traps are designed in such a way that they cannot fly back out or crawl past the ledge or rim; they remain in the catch bag.

The catch bag can be removed and replaced with a new bag to continue trapping beetles. The Japanese beetles die in the trap.

A lot of horticulturists recommend putting traps or soapy water dishes away from garden areas as the scent released can quickly attract beetles from nearby yards. You could easily find yourself with a lot of beetles. You need to place the trap away from susceptible or infected plant guides to lure the insects away, not to mention reduce further damage to your plants.

Hang the traps downwind from your garden as this ensures the beetles follow the wafting scent from the trap. Doing this means that they won’t be flying right over your garden looking for something to eat.

Having a bag full of dead bugs can cause the trap to stop working, not to mention that the lures can go stale. Make sure to replace the trap every few days. Also, replace the rule according to the instructions provided.

Adult beetles are more active in June to August. A Japanese beetle trap is effective when adults are out. During early spring, they carry out lots of egg laying and mating.

The idea behind this kind of trap is to catch reproducing adults through the use of a method that attracts the beetles to the trap. However, using this tactic only attracts more beetles in your property and could lead to a bigger problem. The only way Japanese beetle traps could work is if you live in an isolated area with special conditions.

The answer is no, Japanese traps are not as effective in getting rid of beetles. The best alternative would be to call a pest control company. Professionals in pest control perform an inspection of your property to identify the source of the Japanese beetles and then treat it with the most effective methods. You no longer have to deal with destructive Japanese beetles when using experienced pest control services.

Alternatively, you could implement integrated pest management practices where you plant shrubs, flowers, and trees unpalatable to beetles and these efforts repel them from the garden. You could also make use of grub control products to exercise good lawn management practices to eliminate the beetles before they emerge and damage garden plants or grass roots.

Neem oil is another effective way to control the spread of Japanese beetles. All you need to do is spray the oil on leaves. You can reapply the spray when you water the garden or when it rains.

Whether you’re using the traps or another control method, make sure that you monitor the garden as the Japanese beetles can be destructive and leave an unsightly mess.

When to Use a Forklift Safety Cage: The Top 5 Reviews & Buyer’s Guide 2022